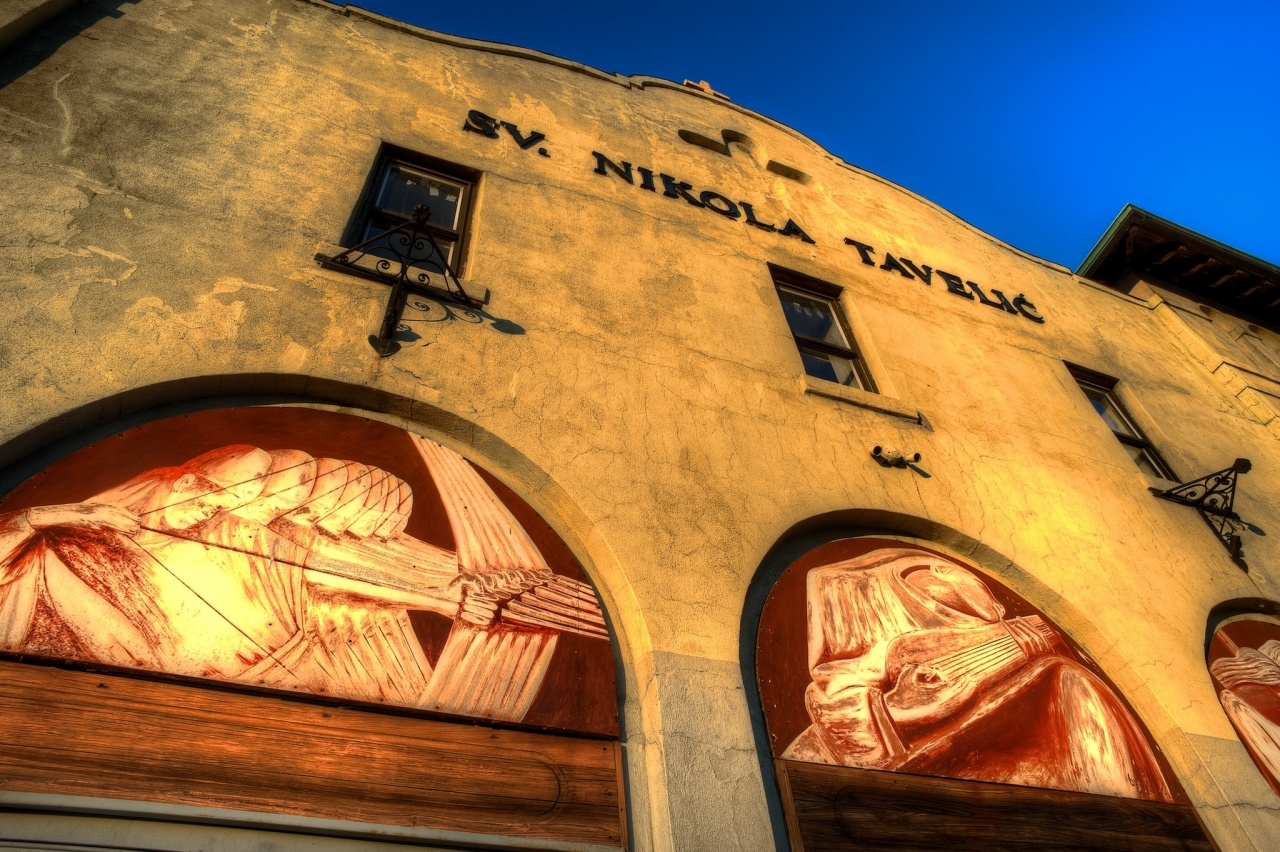 You might see some other looks at this church from Jesse Pafundi and Scott Wyden Kivowitz.  We were out shooting yesterday after meeting Dave Wilson, who was in town from Austin for work. Dave’s duties precluded him from joining us on a shoot afterwards, but he shouldn’t feel too disappointed. Jesse, Scott and I spent more time bemoaning the absence of good things to shoot more than we shot. The neighborhood we were in, near the Javits convention center in Manhattan, isn’t filled with great subjects, but I think we fell into some sort of collective low-inspiration mode for some reason also. That seemed to break the second time we walked past this church, and the shadows were hitting it just right.

I have a couple of other shots of the church, including one that I that took from the left, but Jesse shot from a similar angle first, and I want to at least give him a chance to publish before I steal his look. I like the detail on these washed out panels, and I’m not sure how they relate to the church or to the life of Saint Nikolas Tavelic, who is the first Croatian Saint. He joined the Franciscans and was first sent to preach in Bosnia. Later he volunteered to preach in the Holy Land, which was then under Muslim control. He spent 7 years in Jerusalem from 1384-1391, before he was martyred — being beheaded by Muslim authorities.

I know there is some blue sky halo here. Believe it or not, sometimes I like it better than the fix, which can sometimes look flat. It is such a common error, however, that I feel the need to state “I meant to do that.” I also wish I lined up the panels a little straighter. By the way, Dave Wilson recently posted a great tip on how to fix blue sky halos in difficult situations. This wouldn’t even have been a tough fix, but again, I meant to do that!