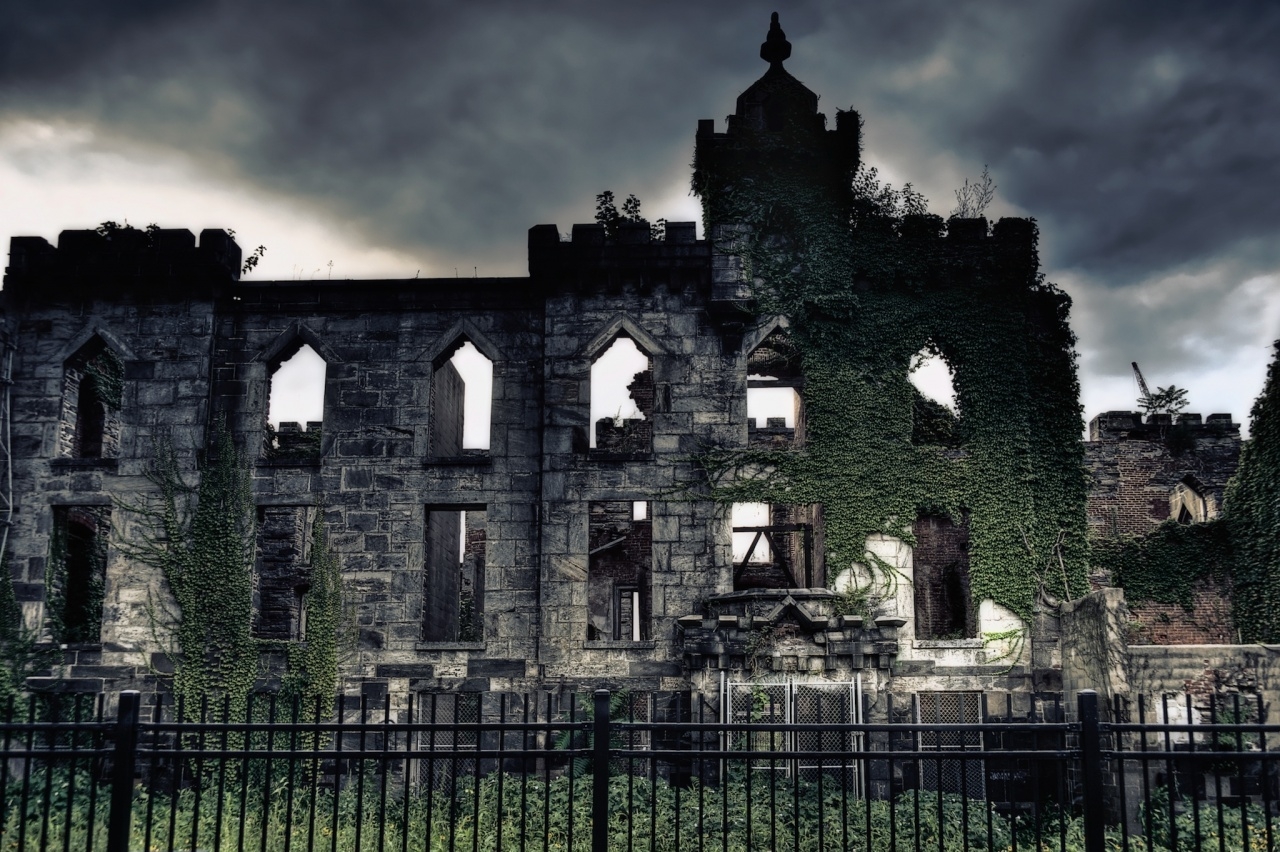 These are the remnants and ruins of the Renwick Smallpox Hospital near the southern tip of Roosevelt Island. The ruins were added to the National Register of Historic Places in 1972, and fund raising for a restoration project was begun in 1995.  Much of the north wing collapsed on December 26, 2007, and since then the project has been somewhat accelerated and the remainder of the structure is being stabilized while work continues. I read that they are trying to mark every fallen brick with its proper location as part of the project, and eventually, I understand that the ruin should be open to the public.