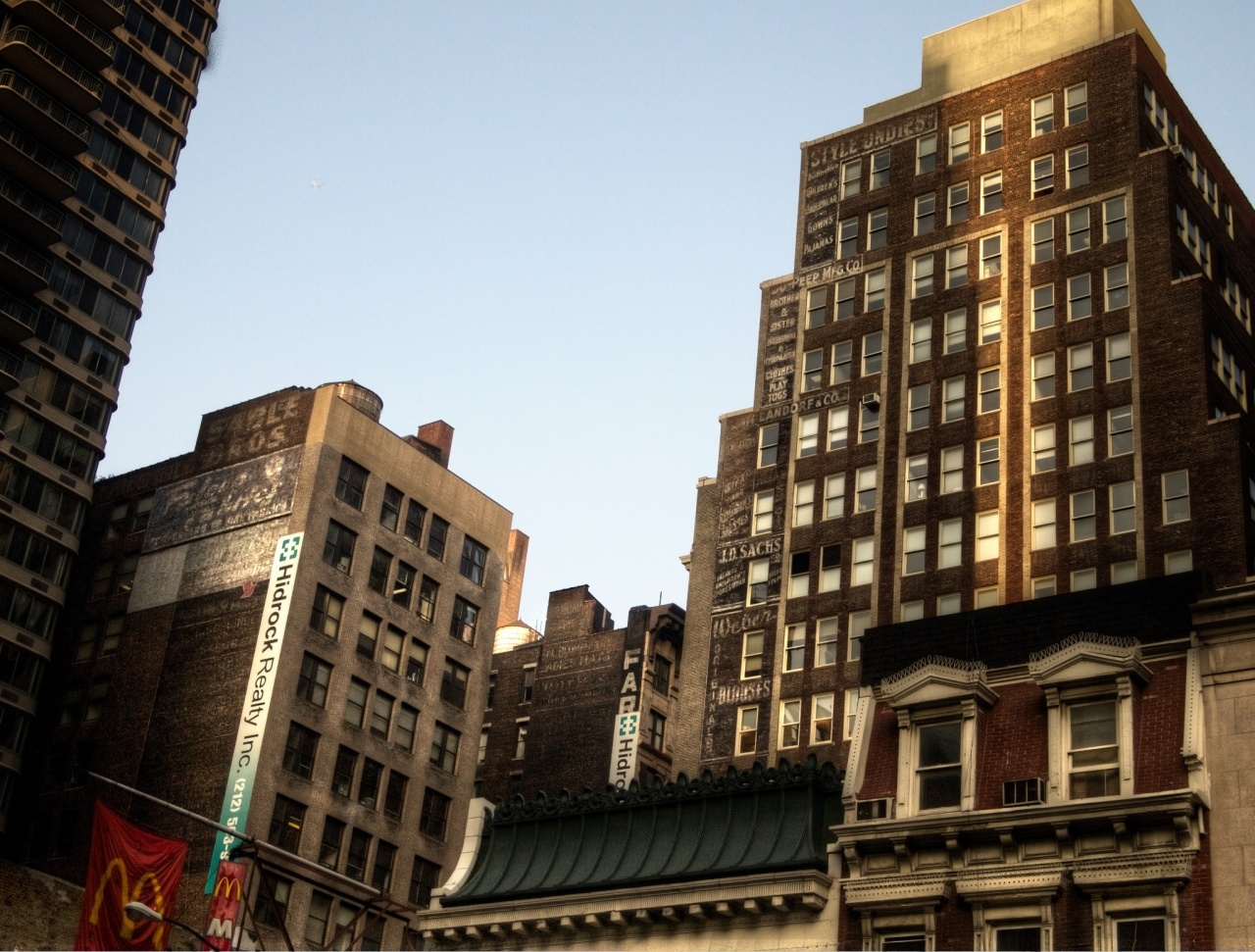 James Lileks was the first person I noticed who collected pictures of these sort of ads and called them Ghost Signs. For those of you unfamiliar with James, he is mostly a writer (Minneapolis based), but he also takes some photos, and collects and displays all sorts of 20th Century memorabilia – advertisements, magazines, and such, and he has a lot of fondness for diners, black and white movies, 1930s Art Deco, urban history and whatnot. He’s hard to describe but you can easily get lost in his site if you find those things as interesting as I do. His daily blog called The Bleat is a must read for me, and here is the front door to his entire site.

Anyway, I couldn’t find much information about these ads. This is pretty much the most substantive thing I could find about the top ad “Style Undies.” There are a few other photos of this and similar Style Undies Ghost Signs on the web, but not as many as I expected.

By the way – almost no processing to speak of on this one, and the color cast is from natural light.

By the way, I did update yesterday’s post with a little more information about the Millinery Center Synagogue, so please take a look if you are interested.

Dale and the Round Barn