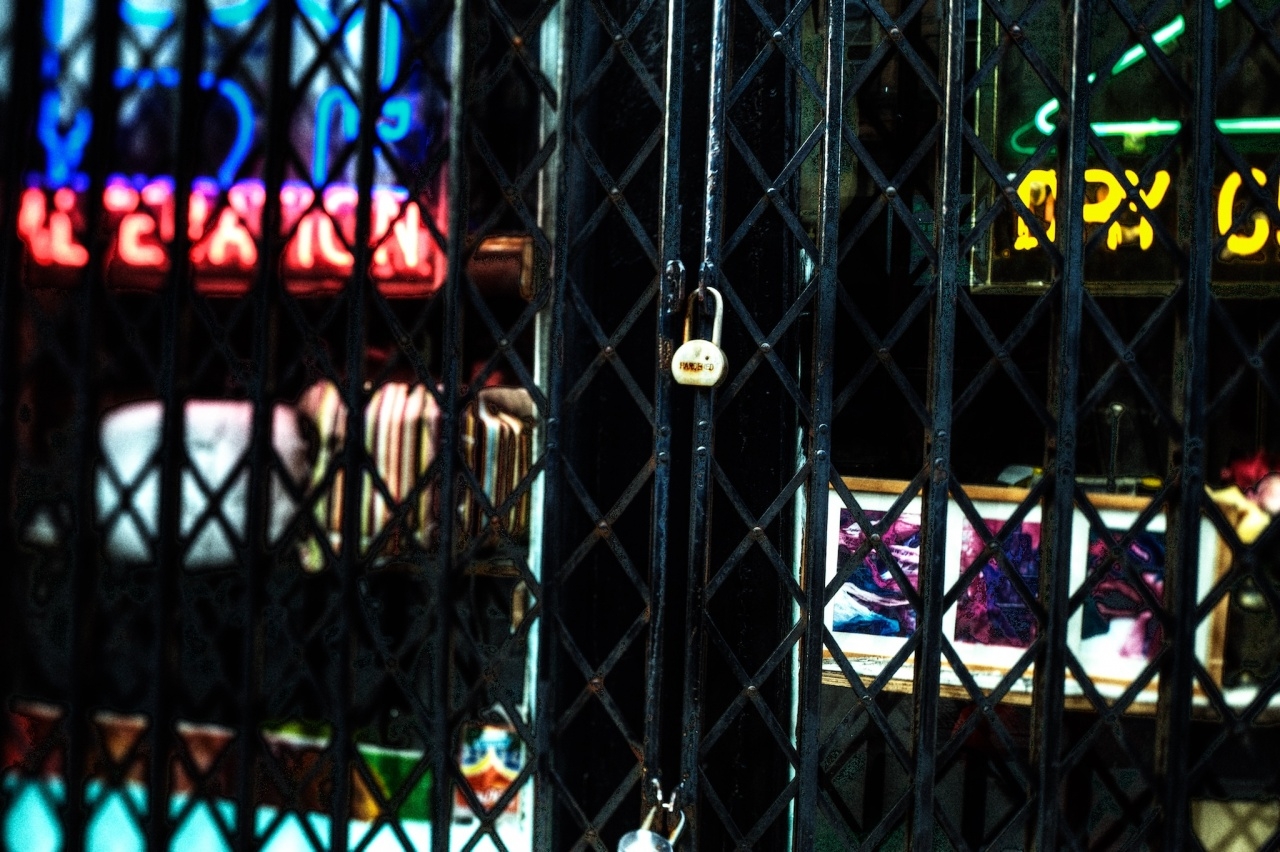 Before I forget (because I forgot yesterday) I want to mention that yesterday’s image was shot at ISO 6400. Actually, I forgot twice. First I forgot to change my ISO settings and second I forgot to mention it in my blog post. I remembered to adjust my ISO only 15 minutes later, but the shot was taken just before dawn so the light was changing abruptly and could not be recreated.

This image was taken towards the end of my morning shoot yesterday at about 7:30. It was cold and I was getting ready to pack it up when I saw the folding security gate fronting the dry cleaners neon lights. I shot it with a tilt-shift, and something, I’m not sure what, created some weird artifact effects in the out-of-focus areas. It looks like noise but this image was shot at ISO 200, which is the preferred baseline for the Nikon D700.  So my processing goal was primarily to obscure them, and otherwise I applied a light touch.  There’s a bit of a saturation boost and some color correction and that’s mainly it.